The Quiz Foundation of India, Chennai (or QFI) is a non-profit organization aiming to popularize quizzing in the city and also provide a forum for quizzers to meet and interact regularly.

The QFI meets every alternate Sunday at 10 AM at P.S Senior Secondary School in Mylapore.

Members of the QFI frequently organise and conduct quizzes for a number of schools, colleges and companies based in and around the city. 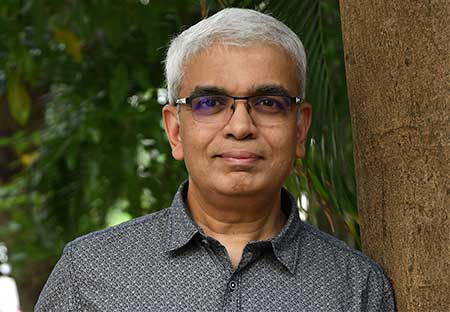 Dr Navin Jayakumar is a founder and Hon. Director, at Darshan Eye Clinic, Chennai. He was Head of Department of Neuro-ophthalmology at Sankara Nethralaya till 2005. In 2005 he was invited by The Chinese University of Hong Kong to help establish a Department of Neuro-Ophthalmology. During this period he also taught state-of-the-art cataract surgery aboard the Lifeline Express, a charitable eye hospital on wheels, in remote areas in China and was also recognized by Hong Kong’s Action for Vision Foundation in 2006 for his work in alleviating cataract blindness.

In 2010 he was invited to become a member of the editorial board of the world’s premier scientific publication in his speciality, the Journal of Neuro-ophthalmology, published in USA. He is the first and only Indian (and one of only three in Asia) to be invited to this position. In 2016 Dr Jayakumar was conferred the APAO Academic Achiever’s Award by the Asia Pacific Academy of Ophthalmology (APAO).

His other interests include quizzing. He is the founding member of the 33 year old organization The Quiz Foundation of India. He is the quizmaster of the Landmark Quiz (conducted by Landmark bookstore), India’s longest running open team quiz from 1994, as well as the Murugappa Madras Quotient School Quiz, from 2011.

Dr Jayakumar is also a trained classical pianist and winner of Cicely Goschen Trophy for the Best Performance in Senior Grade Examinations of Trinity College of Music, London, 2004.